The story of the Blue Weimaraners 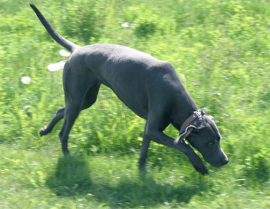 About the appearance of the Weimaraner pointing dogs there are many theories.

The only certainty is that the Weimaraner beginning of the 19th Century at the court of the Grand Duke of Weimar, Karl August of Saxe-Weimar-Eisenach (1757-1828) - was held and the court of Weimar, the animal gets its name - who was a good friend of Goethe.

From about 1890, the breed is bred to plan, initially only for nobles and high-ranking aristocrats hunting ambitions. The dog breed "Weimaraner" was initially recorded at this time farm accounts in Erfurt.

Thus, Germany is clearly established as the country of the Weimaraner appearance.

After the Second World War and the occupation, the Americans have almost all breeding lines, especially the fine commandeers "Blue Weimaraner" in Germany, so that only a few breeding lines of Weimaraners have ever stayed in germany. These left over Weimaraners were then they grown up here in germany.

Also, Frank Sinatra and Grace Kelly had such a noble dog.

Queen Lillyfee is a direct daughter of the legendary Blue Weimaraner sire "Garvin".

Queen Lillyfee is World Champion, European Champion and National Champion, as her father.

To bring fresh "blue blood" to Europe, the noble Blue Weimaraner dog "Shadow" was brought form America and lives now in Germany, to guarantee a further refinement and qualificate the Blue Weimaraner.

We are looking forward. We are happy about our little and specific blue Weimaraner. 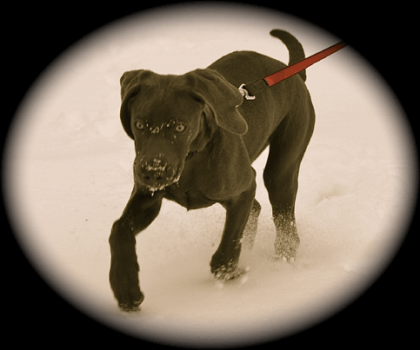 Quality right from the start! Not only the exceptional blue color distinction our puppies. Weimaraners from Mauritius cannot be topped in terms of elegance and character.

Healthy pedigree dogs as if from a book, confirm independent adjudicators at top-class exhibitions. Over the last 13 years we have many successes and fun with our blue Weimaraner. With a lot of background knowledge and the expert selection of the mating lines, the breed puppies have been lovingly bred for generations in a pure, top-class hobby breed. Dana and her puppies are healthy and doing great! 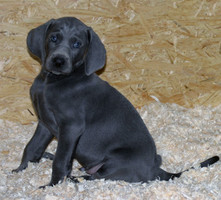 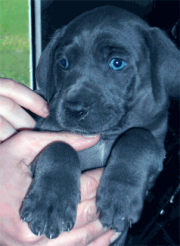